Two of the most visible and vocal organizers behind the “Freedom Convoy” protests remain in an Ottawa jail as Tamara Lich was denied bail Tuesday and Pat King will wait until Friday to learn whether a judge will grant his request to return to Alberta under bail conditions.

Ontario Court Justice Julie Bourgeois said she believed there was a substantial likelihood Lich would re-offend if released.

“I cannot be reassured that if I release you into the community that you will not re-offend,” Bourgeois said. “Your detention is necessary for the protection and safety of the public.”

Following the hearing, Lich’s Ottawa-based defence lawyer, Diane Magas, said she was preparing a bail review application after her client was denied her freedom and hoped the application could be heard as soon as next week.

The judge cited the “immense” impact the convoy and the ensuing occupation had on the community and said she believed Lich was “obstinate” and “disingenuous” in her responses to the court during her bail hearing on Saturday.

Lich appeared in court via a video link Tuesday, while King appeared in person in a neighbouring courtroom, where his lawyer presented a bail plan that includes a $50,000 bond from an Alberta woman who acknowledged she had only known King for four weeks.

Kerry Komix, the proposed surety, also travelled to Ottawa to support the demonstration.

Assistant Crown Attorney Moiz Karimjee, who led the prosecution in both bail hearings, questioned the woman’s ability to act as a reliable surety and suggested she shared the same ideology as King.

The court was shown numerous videos of King’s own dispatches — including his now infamous rants promoting racist conspiracy theories — as he watched from the prisoner’s box wearing white pants and a grey hoodie emblazoned with the word Odin.

He also wore a surgical mask at the court’s direction and was reminded at one point by Justice of the Peace Andrew Seymour to wear his mask.

King was cautioned by his lawyer, Cal Rosemond, following an outburst from the prisoner’s box early in the hearing and remained silent, occasionally slouching in his seat or fidgeting with his mask for the rest of the lengthy session.

Karimjee pointed to the “disturbing evidence” seen and heard in the widely-circulated videos and told the court King, like Lich, presented “a substantial likelihood” of reoffending.

Lich was arrested last Thursday and charged with counselling to commit mischief.

During the lunch break, King was also served with a statement of claim in the $306-million class-action lawsuit against him, other organizers and participants of the so-called “Freedom Convoy.”

Karimjee likened the incessant honking of trucker horns to “torture” and said King, who often cited the phrase “Art of War” in his online tirades, believed he was leading a war against government forces.

“He was at war with the City of Ottawa,” Karimjee said. “The noise was a form of torture that was implemented on the citizens of Ottawa by Mr. King (with) what can only be described as a sadistic laugh…

“Not only did Mr. King know, but it was his intention to use that noise to get the federal government to negotiate and come to the table. And, quite disturbingly, Mr. King was mocking, laughing at poor Ottawans who were not able to sleep. He was saying, ‘We have achieved our objective.’”

Under the bail plan proposed by his lawyer, King would return to Alberta to live with Komix in a spare room in her home. The woman said she is willing to put up $50,000 — approximately half the value of her home — and told the court she would pledge the full value of the home “if it was necessary.”

The bail plan would ensure King would be unable to communicate with others to organize any further protests, Rosemond told the court.

“He’ll be stuck on house arrest” in rural Alberta with Komix, Rosemond said, and as surety she would be limiting his access to the internet by guarding the password and confiscating any cellular devices.

Komix told the court she is a light sleeper and has a dog.

“She’s going to follow your bail order to the letter of the law,” Rosemond told the judge. “(King) is not in Ottawa under this bail plan, and he doesn’t have access to electronic devices without his surety looking over his shoulder — (one) who stands to lose a lot of money if anything  goes wrong with this bail plan.”

Seymour said he recognized the “vast” public interest in the case and said he would render his decision Friday afternoon.

While she remains in custody, Lich was ordered to have no contact with King or other convoy organizers Benjamin Dichter, Christopher Barber and Daniel Bulford.

Lich has no criminal record and the mischief case against her has not been tested in court.

Barber was granted bail and released on Saturday by the same judge who denied bail in Lich’s case.

The judge gave him 24 hours to get out of town and banned him from supporting the “Freedom Convoy” in any shape or form.

With files from Gary Dimmock, Michael Edgar and The Canadian Press

Sign up to receive daily headline news from Ottawa Citizen, a division of Postmedia Network Inc.

Thanks for signing up!

A welcome email is on its way. If you don’t see it, please check your junk folder.

The next issue of Ottawa Citizen Headline News will soon be in your inbox.

We encountered an issue signing you up. Please try again 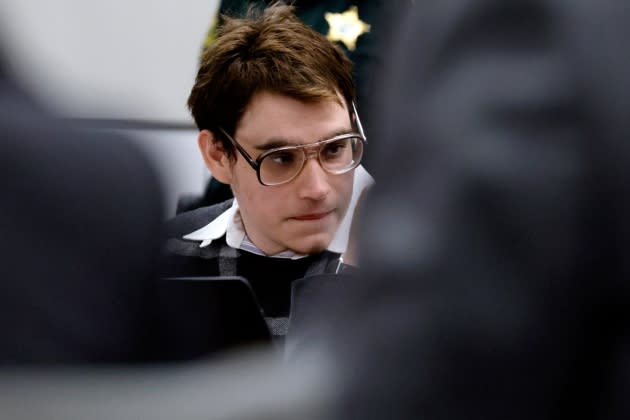 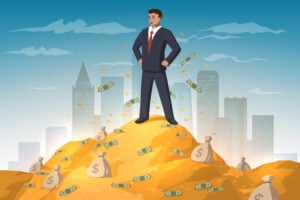